Having trouble choosing the right pen for yourself or as a gift? A Parker pen is your right choice. Choose any color you like, and you will surely find it in a Parker pen model.

George Parker was the founder of the Parker Pen Company in 1888. His main goal was to make a ?better pen?. In 1894 Parker Pens invented the lucky curve feed system which drained the ink back into the reservoir when not in use. During the Great Depression, many smaller pen companies disappeared as others fell into bankruptcy. Many pen companies decided the next best move was to sell their pens at huge discounts, flooding the markets with cheap pens. Parker decided not to compromise and continued to sell their pens at the price they had originally set. Many of their older customers appreciated this move as Parker believed their pens had to hold an image?this image which reflected Parker's vision and dreams. Manufacturing facilities were set up over the years in Canada, United Kingdom, Denmark, France, Mexico, USA,India and Argentina. Parker pens were frequently selected (often as favorite pens of the signers) to sign important documents such as the World War II armistices, and commemorative editions were sometimes offered.

Parker has been at the forefront of design, for over 120 years, producing some of the best pens in the world. More than fluent tools, they are also there wherever we need them most - always making a contemporary statement, relevant to each generation. This has led to Parker pens achieving iconic status, sitting proudly amongst some of the best designed and most admired products of the modern era. Like the car you drive, the watch you choose and the shoes you buy, the pen you use can send a signal about you. The diversity of the broad Parker product range helps different individuals express their progressiveness in different ways.

Montgomery Pens offers a full line of Parker Fine Writing Instruments. If you do not see what you are looking for, please contact us at Questions@montgomerypens.com 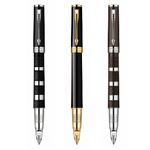 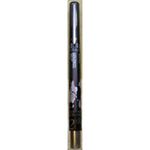 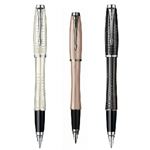 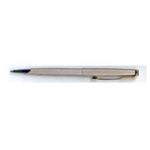 Parker Jotter Made In USA